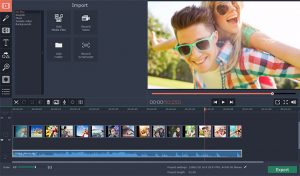 Often there is a marked difference between the videos created by professionals compared to those by amateurs. In some cases you may be able to pinpoint specific areas where one is better, but often to the untrained eye it just appears as though professionally-created videos simply look more visually impressive.

The truth is that creating visually impressive videos is a skill, and it is one that you can pick up if you want to do the same. If so, here are 4 tips that will go a long way and put you on the right track:

Carefully frame the elements in your video

Instinctively most beginners tend to record videos with the main element right in the center of the frame. While there is nothing ‘wrong’ with that, the manner in which you frame the elements in your video will dictate how it appears visually. As such you should try framing the elements in different ways – possibly positioning the main element in either the right or left third of the frame.

Use contrast to distinguish elements

One of the most important (and yet perpetually underrated) ways to distinguish elements and set them apart from one another is with contrast. In particular you should make sure the main elements that you want people to focus on stand out compared to the others, using contrast to set them apart.

Make sure effects are used tastefully

Keep in mind that effects and filters aren’t required to make a video look more visually impressive – but they can help in some cases. If you are utilizing effects, they should be tasteful and serve to accentuate the existing visual elements rather than supplanting them or crowding them out by competing and working against them.

As you can imagine to accomplish all of this you’ll need a video editor than can pull its weight, and Movavi Video Editor will serve perfectly on that front. It h

as a wide range of tools that you can use to edit your videos so that they are more visually impressive, while also improving it on other fronts as well.

It is worth noting that as much as videos are a visual medium, the audio that you use in your videos counts for a lot as well and has a big impact. With that in mind you should be sure to use Movavi Video Editor to remove background noise from video and clean it up in other ways too. All you need to do is load the video and, select it and find the noise removal button in the tools menu.

Naturally Movavi Video Editor has other features that may be of use as well, and you could cut and join video segments, apply special effects, improve the video quality, and much more. All in all by taking care of both the audio and visual elements in your videos, you will find that they look a lot more professional and definitely have a bigger impact.