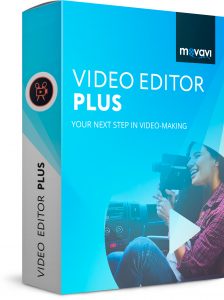 A video cut is basically just a transition from one video clip to the next. Most videos are created by combining clips of raw footage together, and use cuts extensively in order to do so.

What many people don’t realize however is that there are many different types of cuts that can be used in videos – each of which is unique in its own way. Some cuts have a lot of visual meaning, or could help set the pace of the video.

As a starting point, there are three types of cuts in particular that you may want to use in your videos:

Because the jump cut moves the video forward in time, it is an excellent way to control its pacing. That being said it is far from seamless, and can be jarring for viewers.

True to its name, the cut on action is a transition that focuses on an action that is being performed in a clip, and transitions to a clip that shows that same action being completed. As viewers will naturally focus on the action, the cut itself will go mostly unnoticed and appear more seamless.

Normally a cut on action is used to cut to a clip with a different camera position without jarring viewers.

As you can imagine these cuts are heavily used in interviews and any videos that have dialogue, to help give it more context.

Now that you know three types of cuts that can be used in videos, you should try experimenting with them in a video editor. If you’re looking for an easy-to-use editor that is a more powerful Windows Movie Maker alternative – try Movavi Video Editor.

Using Movavi Video Editor you can easily cut together videos – and more. Its features will let you add and edit audio tracks, enhance the video quality, apply effects and filters, insert captions, or even record and edit videos.

Suffice to say Movavi Video Editor is just as easy to use as Windows Movie Maker, if not more so. All you need to do is try out its features for a few minutes, and you should be able to start cutting together a video.