I recently received this little safety tip in my e-mail inbox and wanted to share it with all of you….just in case!

Everyone should take 5 minutes to read this. It may save your life or a loved one’s life.

Refresh yourself
of these things to do in an emergency situation….
(ps…this is a bad guy!) 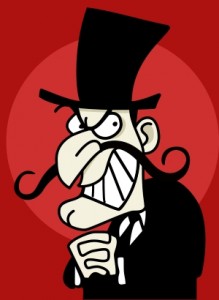 1. Tip from Tae Kwon Do :
The elbow is the strongest point on your body.
If you are close enough to use it, do! 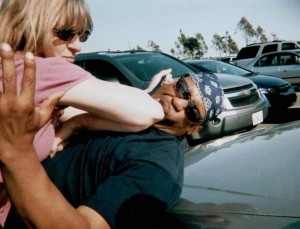 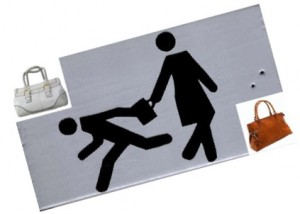 3. If you are ever thrown into the trunk of a car,
kick out the back tail lights and stick your arm out the hole
and start waving like crazy..
The driver won’t see you, but everybody else will.
This has saved lives. 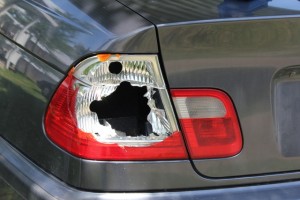 4. Women have a tendency to get into their cars
after shopping, eating, working, etc., and just sit
(doing their checkbook, or making a list, etc.)
DON’T DO THIS!
The predator will be watching you, and this
is the perfect opportunity for him to get in
on the passenger side, put a gun to your head,
and tell you where to go.
AS SOON AS YOU GET INTO YOUR CAR,
LOCK THE DOORS AND LEAVE..

If someone is in the car
with a gun to your head
DO NOT DRIVE OFF,
Repeat:
DO NOT DRIVE OFF!
Instead gun the engine and
speed into anything, wrecking the car.
Your Air Bag will save you.
If the person is in the back seat
they will get the worst of it. You can always contact a car accident lawyer afterwards to get the compensation you deserve.
As soon as the car crashes bail out and run.
It is better than having them find your body
in a remote location. 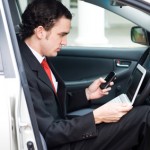 5. A few notes about getting
into your car in a parking lot, or parking garage:
A.) Be aware: look around you, look into your car, at the passenger side floor ,
and in the back seat.
B.) If you are parked next to a big van, enter your car from the passenger door.
Most serial killers attack their victims by pulling them into their vans while the women
are attempting to get into their cars.
C.) Look at the car parked on the driver’s side of your vehicle,
and the passenger side.. If a male is sitting alone
in the seat nearest your car, you may want to walk back
into the mall, or work, and get a guard/policeman to walk you back out.
IT IS ALWAYS BETTER TO BE SAFE THAN SORRY. (And better paranoid than dead.) 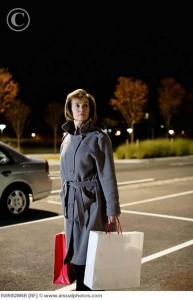 6. ALWAYS take the elevator
instead of the stairs.
Stairwells are horrible places to be alone
and the perfect crime spot.
(This is especially true at NIGHT! plus it’s pretty spooky)

7. If the predator has a gun
and you are not under his control,
ALWAYS RUN!
The predator will only hit you (a running target)
4 in 100 times; and even then,
it most likely WILL NOT be a vital organ.
RUN, Preferably in a zig -zag pattern! 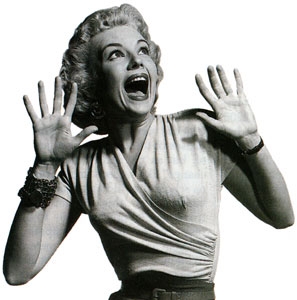 8. As women, we are always trying to be sympathetic:
STOP
It may get you raped, or killed.
Ted Bundy, the serial killer, was a good-looking,
well educated man, who ALWAYS played
on the sympathies of unsuspecting women.
He walked with a cane, or a limp, and often
asked ‘for help’ into his vehicle or with his vehicle,
which is when he abducted his next victim. 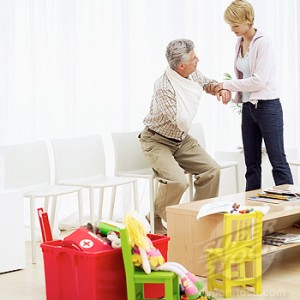 9. Another Safety Point:
Someone just told me that her friend heard
a crying baby on her porch the night before last,
and she called the police because it was late
and she thought it was weird.. The police told her
‘Whatever you do, DO NOT open the door..’
The lady then said that it sounded like the baby
had crawled near a window, and she was worried
that it would crawl to the street and get run over.
The policeman said, ‘We already have a unit on the way,
whatever you do, DO NOT open the door.’
He told her that they think a serial killer
has a baby’s cry recorded and uses it to coax
women out of their homes thinking that someone
dropped off a baby.. He said they have not verified it,
but have had several calls by women saying that
they hear baby’s cries outside their doors
when they’re home alone at night. 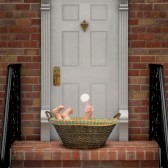 10 . Water scam!
If you wake up in the middle
of the night to hear all your taps outside running or what you think is a
burst pipe, DO NOT GO OUT TO INVESTIGATE! These people turn on all your
outside taps full blast so that you will go out to investigate and then attack. 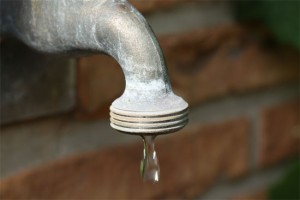 Stay alert, keep safe, and look out for your neighbors! It may save a life.