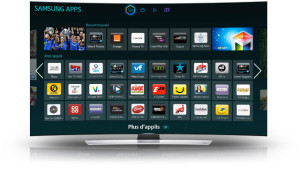 Apps are the shiz-niz in today’s world. They’re now used on tablets, smart phones, TV’s, desktop and laptop computers from 25pc.com and in automobiles. Next thing you know, we’ll have app powered bathroom mirrors, hover boards that actually hover and cars that fly. The sky is the limit!

In an app driven world, it can be frustrating to be a bit behind the times when it comes to home entertainment. We probably spend and hour or two in our family room upstairs watching movies, how-to videos on YouTube, home videos and all kinds of cool stuff. But, in order to access YouTube and Netflix, we have to use another device aside from our TV.

Back in 2006 or so, I purchased the nicest TV on the market, a 52″ Sony Bravia LCD HDTV. This thing cost me around five grand back in the day, and I loved it. However, not too long after I purchased it, smart TV’s were released. Of course!

So, needless to say, I still have my Sony Bravia, and although I am a bit envious of everyone who has purchase a bigger, nicer, smarter TV for less than half of what I paid for mine, I’ve learned to adapt.

These are not in any kind of order. I’m just listing them as they pop into my simple mind.

This probably shouldn’t be first on the list only because the Wii doesn’t allow you to install very many apps. You can install the popular ones like Hulu, Netflix, YouTube and so forth, but when it comes to accessing things like Google Play or the Apple store, it’s a no go.

Xbox One has the ability to access Windows 10 apps. Here’s a list of apps currently available for Xbox One. If you need some xbox gaming accessories, hop over into this site https://scufgaming.com/xbox. 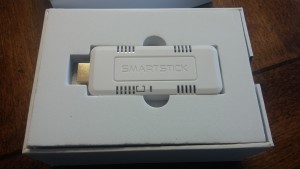 The SmartStick is an android driven device that you can access apps through Google Play. It’s basically an android tablet, without the tablet. As you can see from the picture, it’s small and fits into an HDMI jack. It is operated using a wireless remove that doubles as a wireless mouse.

Although you can access Google Play, The SmartStick wasn’t designed for playing games, although you can. It was primarily designed as a way to separate your apps from the apps you allow your kids to use. It has software pre-installed that password protects the “Parents Area.”

Apple TV is a great way to access and stream media on your not so smart TV, and with Airplay, you can also stream clips, movies and home videos from your iPhone, iPad or iPod.

PlayStation is a gaming console similar to the Xbox which allows you to access apps and gaming. With the PlayStation TV, you can gain access to movies, sports, shows, news and other apps through your wireless network. 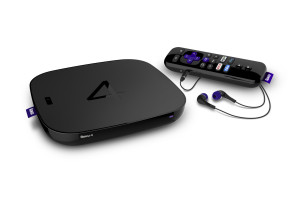 This is probably one of the best devices on the market with an advanced remote for navigating and gaming. The most recently released Roku 4 provides options for 4k UHD compatible TV’s. Choose from over 2,500 channels and games.

This one is a little bit different. It uses your smart phone as the interface and the remote control and just streams content from your phone, through the Chromecast stick, to your not so smart TV. So really, it’s virtually like having your phone plugged into your TV.

The Amazon Fire TV Stick works best if you have Amazon Prime and can access movies, apps and even games through the Amazon app store. You’ll also have access to common apps such as Netflix, YouTube and so forth, even without an Amazon Prime subscription.

Amazon Fire TV works very similar to the stick, costs about twice as much and has more processing power. It’s also a bit larger.

Not all blu-ray players are created equally, and some are really smarter than others. If you already own a blu-ray player, chances are you know whether or not you can access apps like Netflix.

One Response to "9 Ways to Make Your Non-Smart TV, Smart!"