Do you remember my “passion for burlap?” post?
Well, on that post, I featured tonz of things that had
been created or re-created using burlap.
One of the super fabulous items was a barn star,
that I had found on Pinterest.
So, I decided that I could make that too, and it
just so happened to be that I had an old barn star hanging around,
from when I did my fabric star in 2010.
Here is a sneak peak at what that turned out like. 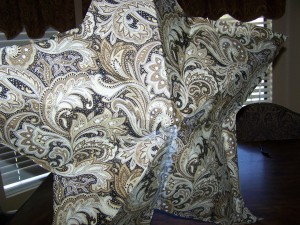 Here is the link for that tutorial…*FABRIC STAR* 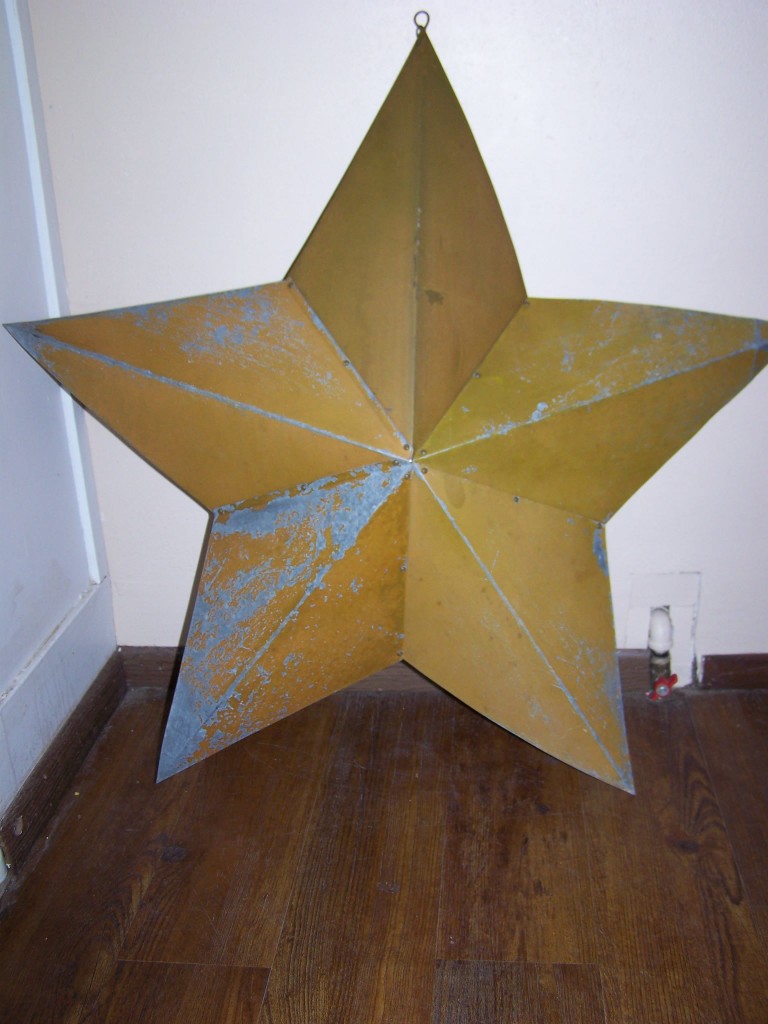 This is what my star looked like, and then

I spray painted it apple green.
After it dried, I laid a large piece of burlap over it,
(too make sure it was large enough to cover the entire star.)
Then I used my home-made Mod-Podge 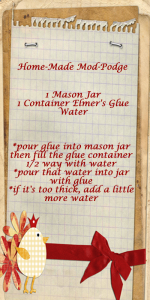 I started out with a sponge brush and the Mod-Podge
wiping it on one section of the star at a time. 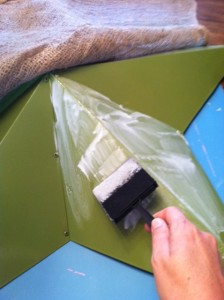 Next, I laid the burlap over the glued section
and pressed it onto the glue.
Then, I painted more Mod-Podge glue over the burlap. 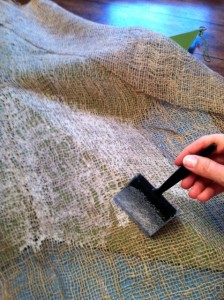 I applied the Mod-Podge generously!  (I mean, I gobbed it on!!)
I did this to each section of the star.
Then I used clothes clips to hold the burlap onto the star
while it continued drying. 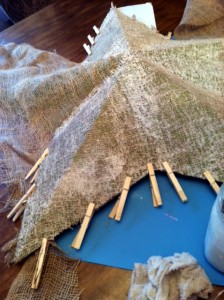 It wasn’t quite drying fast enough for my liking, so
I pulled out my trusty blow-dryer and “turned up the heat!” 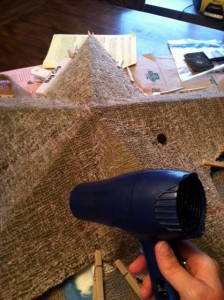 I took 20 minutes or so, and really focused
the air from the blow-dryer on the super wet spots.
I then let it dry over night.
The next morning, I trimmed the edges with a sharp blade. 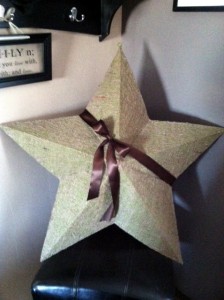 and Sha BAM…here she is!
Stay tuned to see what I do with it!